Growing up there was no community pool in the neighborhood I lived in but there were two in the apartments across the street. We would sneak in when it was really full but that was difficult to do especially when you are a known pool sneak who lives across the street. The rule was you could swim there only if you were with someone who lived in the neighborhood but there were limitations on that too like only two guests per tenant. When it was hard to sneak in we would walk over to the pool and stand around outside of the fence sizing up the swimmers wondering who we could convince to “adopt” us as their guest. It even became sort of a game at times so that if someone was able to convince a complete stranger to pretend you are their guest, you would swim happily while periodically tossing a middle finger or obnoxious smile at the less fortunate.  The pools were small and often cloudy with urine but so what, it was wet and we wanted to swim. Besides we were the ones peeing in the pool.

Today I took a couple of my kids to the local gym where there are like four or five pools indoors and outdoors with several slides too. As a child I never dreamed such a lot of pools could exist outside of rich white folks neighborhoods, not true really but when you live in “the hood” these things are seen only magazines usually occupied by what were perceived to be rich white folks, I was poor white folks. I’ve always wanted to visit this pool and even had a membership to the gym for a while but never ventured past looking into the pool area while heading up to the weight room. We arrived and not to my surprise it was PACKED with all kinds of people. The heat index is pushing 100 here with the humidity of a tropical jungle.

My first impression was I felt there were too many kids there all probably peeing in the pool plus all the globs of snot that might be floating around, just thinking about that makes me gag a little. Swimming along and kid snot gets in your mouth. But I found as I approached one section it was roped off and looked to be more of an adult area strictly for doing laps and none of the laughing/acting all kid like and stuff. I have four kids and love kids so I don’t want to come across as a kid hater but they do snot and pee in pools you know it just as well as I do.

Getting into the pool was really refreshing and I started doing laps right away thinking I would bust out three of four laps to warm up. Well that didn’t go as planned and I actually had a hard time doing even one without stopping. Did I mention this is an Olympic size pool lap?  Not wanting to look like a quitter I kept going making it to the end in decent time trying so hard not to breathe loud letting others know about my state of cardiovascular sadness. As I finished two more laps I decided to venture outside to the family area with the kids but sat on a chair and pulled out a book. Even though the heat an humidity were out of control it felt good. The sun reflected off the pages so reading was not easy but it felt good to be there, with my kids reading the book and knowing I could come back as often as I wanted and didn’t have to worry if I could get in. 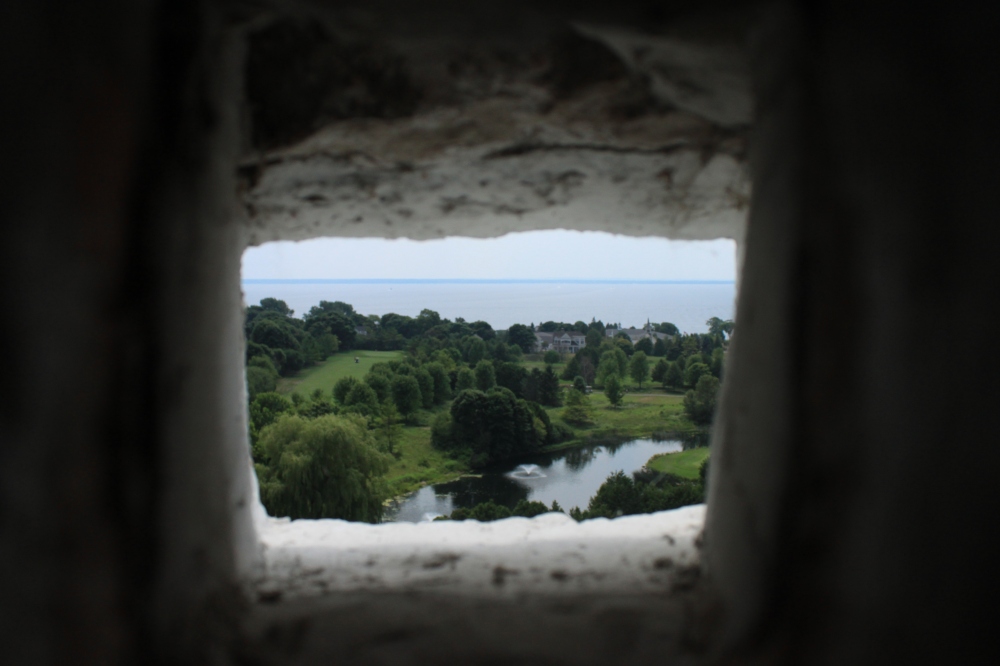 Last year I went on an up north vacation with the boys and Mackinac island was one of the stops we made. It wasn’t planned but on the way home driving across the bridge I decided we should stop. Being spontaneous on trips is always so much fun. We ended up walking around the fort, eating at a restaurant on the island and going for a horse ride. Up until that point I’d never been on a horse.